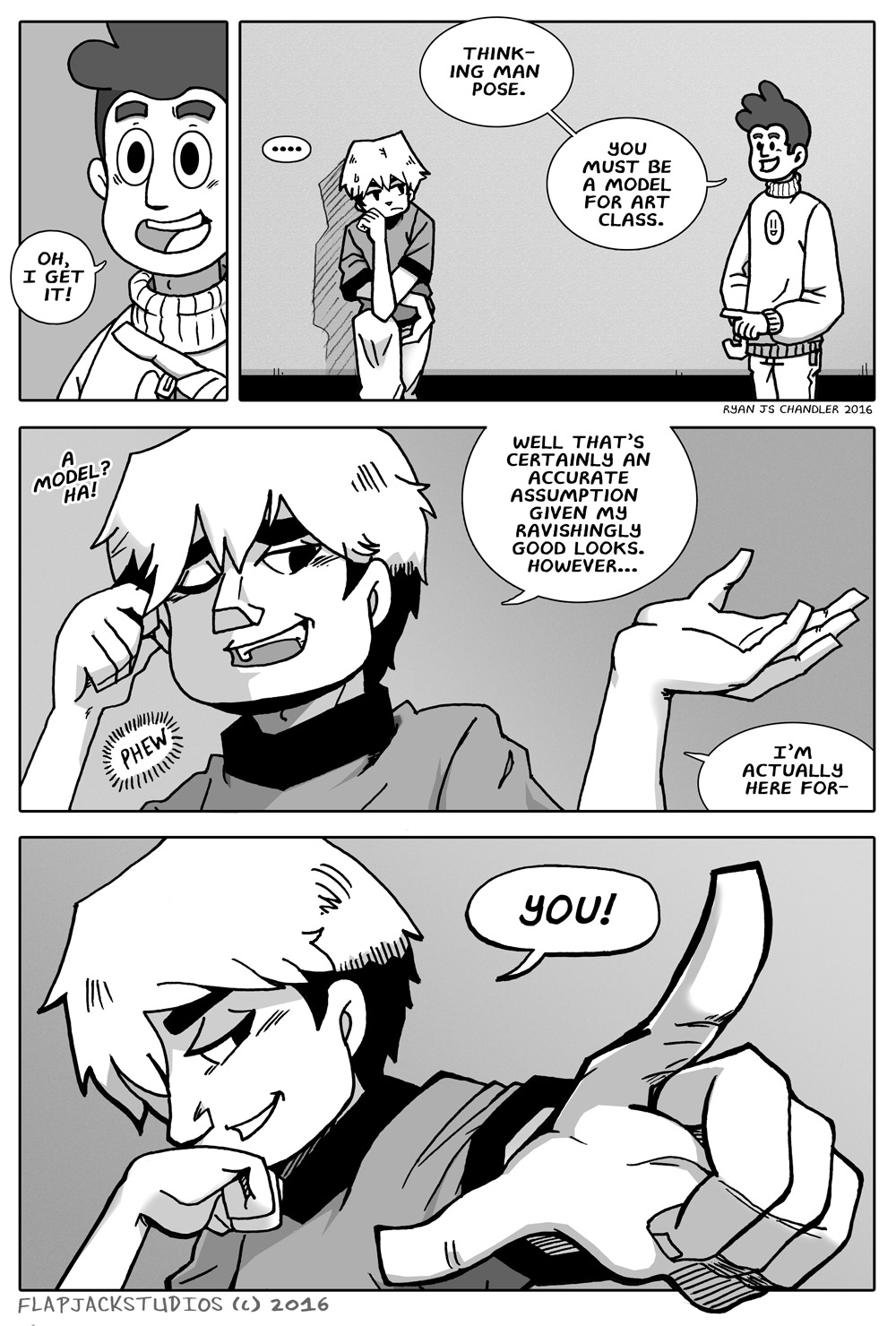 
Guys, listen, I know it's been awhile...But, I am currently drawing an entire chapter of Flipside U. There may even be a title change, who knows, but this is a huge deal. I will be releasing it all in one go, then on a weekly basis, page by page, or if my Patreon takes off, more than that. So, for now, I give you two new pages. Today's first new page is called "Here For You."

As mentioned, I am drawing an entirely new chapter that will be released all at once. It's a big change, but you are all going to love it. So it's taking me a bit to do up. Maybe I`ll tweet some rough pics to wet your pit holes. Anyhoo, here is a bit of wiki text about the song Here for You.

"Here for You" is a 2015 single by the Norwegian DJ and record producer Kygo. It features the vocals from British singer and songwriter Ella Henderson. It is the vocal version of Kygo's previous track "ID", which was released on 10 February 2015. Does that have anything to do with my comic. No, no it doesn't.